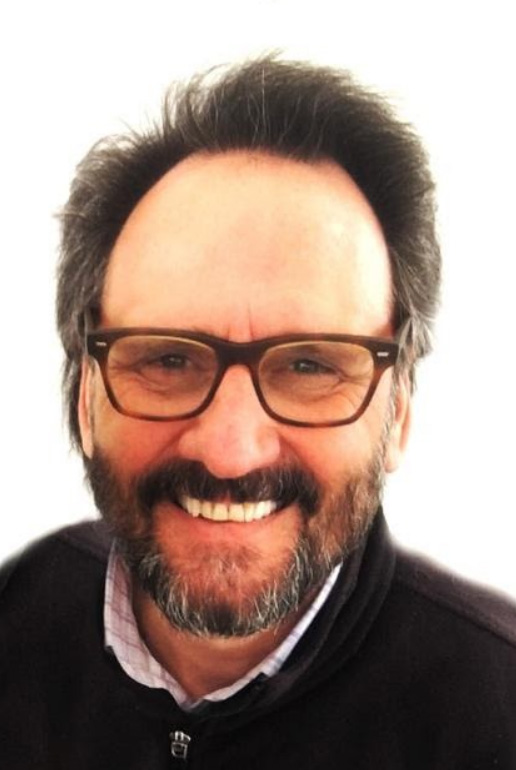 "Art is very important. What we hang on our walls creates a new and elevated harmony in the space in which it resides. Art speaks to us, with us - and also - for us. Meaningful art holds up its own end in keeping that conversation alive for years on end."

Peter Blindt retired from a full-time career that lasted more than 30 as an institutional broker of government bonds. His work took him across the country and frequently to places like Puerto Rico, Spain, France, Luxembourg and Germany, where he had clients. Visiting art museum's and private collections of art in these wonderful places was always a priority.

Peter has been painting professionally since 2001. Around that time, he asked his employer if he could work from a home office. Peter moved his computers and trading screens into his art studio where he could speak with clients for his government bond trading business while working on paintings. For his first 10 years as a painter, he focused on art fairs. The interaction with the public was critical in seeing which work "connected" with the public. The ultimate confirmation was the purchase of his work by an art collector. Peter’s work is in collections in most of the 50 states – Canada – Mexico – England – Spain – Luxembourg – The Netherlands - and Germany.

Although he occasionally creates a series of paintings of landscapes, barns or other architectural objects, his main focus is creating abstract paintings. At a young age, Peter developed a fascination for the architecture of Frank Lloyd Wright. It was Wright's way of working with nature by introducing structural line in order to enhance - and harmonize with - the natural surroundings that inspired Peter’s approach to abstract paintings. In particular - it was Wright's “Falling Water” that seems ever at the back of his mind. That architectural masterpiece by Wright invites the visitor closer – first through nature. The visitor sees only the densely wooded surroundings as they approach this landmark architectural achievement - and then only glimpses of it before seeing this magnificent house and nature connect in a fantastic way.

By painting in multiple layers and using many different techniques to partially hide or reveal pieces of sublayers and details – Blindt finds a way to pique the viewers interest. As with Wright’s Falling Water – the viewer participates as they yield to their curiosity and move ever closer. This is work that intrigues and engages in different ways on different days.

As far as he is able, through different techniques and applications of layers, Peter attempts to bring post-structural ideas to organic, at times chaotic organic and/or gestural - applications of paint. This continues back-and-forth as the work emerges. The worst possibility is a simple, clean and pretty painting that arrives too soon as this makes it difficult to take the necessary risks needed to create something deeper - more robust, subtle and sophisticated - by covering over perfectly fine areas of the surface. Through a combination of acrylic, water-based and oil-based paints as well as ink, his works reveal a subtly complex energy that invites the viewer to spend some time engaging with these remarkable compositions.

All paintings make an initial statement. - but it's the buried (or almost buried) sub-layers and subtle details that invite the viewer to step closer. Often one finds themselves inches from the work, analyzing specific areas of it's content and further assessing how they harmonize and weave with the rest of the composition.

Color, organic gesture and post-structural ideas are all arranged in harmony and movement. Great care is taken to remove the appearance of the artists hand from the work. “Success” feels like the work almost arrived on its own. Further - the artist attempts to be both thoroughly modern and - thoroughly primitive. It was once said of Peter's work that it is "timelessly-future primitive".

In his most collected series of work to date - his Metallic Mosaics - Peter "arranges" hundreds of mosaic abstracts that come together like a unified orchestra in the end. On this theme of being "timelessly future-primitive" - his work in this series is almost always finished with a fine white gold, painstakingly painted on each section as a veneer. This gives each piece a shimmering, mysterious sense of genuine antiquity. Yet each of the hundreds of little sections tells its own modern, abstract story. Depending on the lighting and the type-and-time of day - these works change dramatically. Even as you move from one angle to the next, the viewer is captivated by the life, harmony and complexity of these works.

Peter Blindt is an artist with an earnest passion for the rich history of abstract painters that took America by storm after World War II. During his travels, he has spent a great deal of time viewing the master works of Motherwell, Kline, Rothko, De Kooning, Kandinsky, Rauschenberg, Johns, Bastiat, Mondrian, Kline, Pollock, Diebenkorn, Millares and many more notable - and especially "undiscovered" - artists.

Peter was always impressed with Richard Diebenkorn in particular because he created substantial and beautiful work in abstract (mostly geometric) and also in cityscape, landscape and human figures.

Peter's approach is to be at work. As Picasso once said, "when inspiration finds you - let it find you at work." Innovation, experience, expertise, highly evolved technique, beauty, depth and significance are all the result of being at work. But "work" doesn't only occur while in the act of painting - but in the action of study as well. Referencing Diebenkorn again - it was he who said that he often spent twice as much time staring at a painting in progress than actually being involved with applying the paint. One small section that needs to be changed then leads to another - and yet another still - before the work is complete. So - study takes the form of always learning from other artists who share their ideas - and also studying one's own work that is evolving as it is being rendered.

In the end - it comes down to philosophy. The great psychologist, Carl Jung, once suggested that all of us wish for life to be easy and for life's problems to be solved quickly and without struggle. What we fail to realize is that life's problems are often complex and require thought, growth, faith and hard work. In the climb toward creating valuable work, the artist must achieve a higher, wider and deeper awareness of themselves - and also of the world that they are trying to reference and interpret.

Many aspiring artists only wish to create something pleasing... something beautiful. But as Diebenkorn taught (he was a professor of art, too) - it is in the taking of risk and/or in painting over parts of a painting (often several times) - that depth, intrigue and significance are created. Sometimes innovation and/or highly evolved technique are all that is needed in this endeavor for greater artistic meaning and value. Diebenkorn felt that being an artist was the farthest and highest one could go in a society. In the end, it is the free market that elevates an artist's work to higher and higher levels.